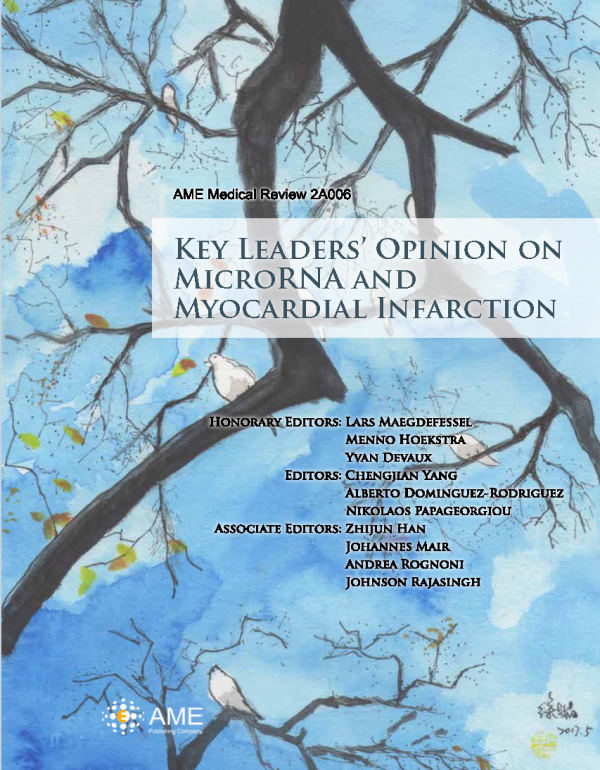 An increasing number of studies have recently demonstrated that the human genome is dynamically transcribed and leads to the production of a complex world of RNAs. Of those, there is a wide spectrum of RNAs that do not encode proteins, named as non-coding RNAs (microRNAs, miRNAs), whose role remained unclear for many years. Evidence suggests that miRNAs are associated with human disease. Recent studies indicate that altered expression and function of miRNAs is strongly associated with cardiovascular disease including arrhythmias, hypertrophy and myocardial infarction.
Several methods have been developed to study the expression and quantification of miRNAs, but each individually still has practical issues and technical limitations which need to overcome in order to adapt the use of miRNAs in routine clinical practice. Despite the recent advances and promising results associating miRNAs with myocardial infarction, there is still a large proportion of studies that failed to show superiority of miRNAs over classic biomarkers. miRNAs could be of value as adjunctive and combinative biological tools, focusing particularly on the early diagnosis of acute myocardial infarction and to distinguish unstable angina from other non-cardiac causes of chest pain. However, there is need for more clinical studies to evaluate the role of miRNAs in myocardial infarction as stable and sensitive biomarkers.
In the present book, we highlight the potential role of miRNAs as diagnostic tools as well as possible therapeutic targets in cardiovascular disease and more specifically in myocardial infarction. We hope that this book will trigger further research on the role of miRNAs in this field. 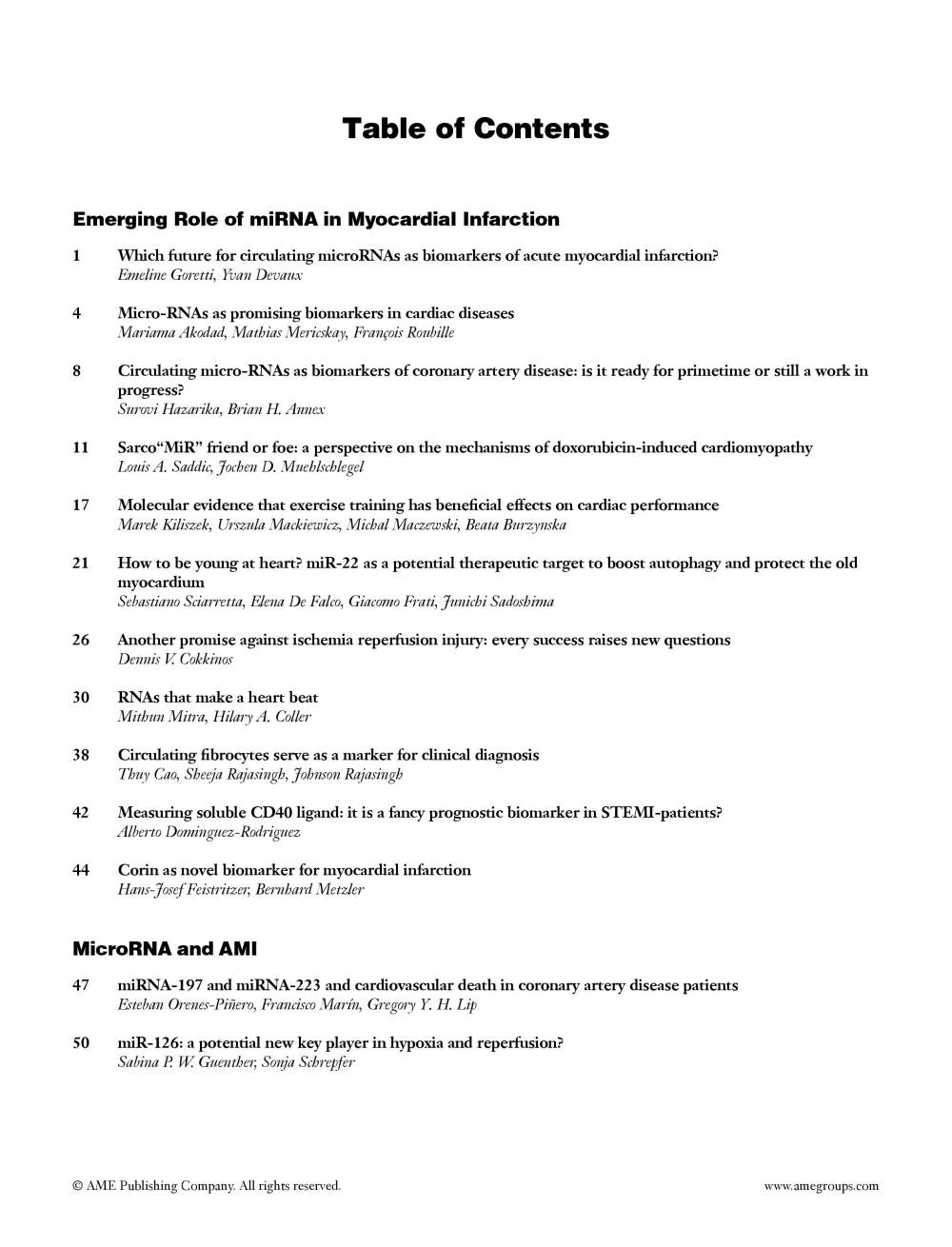 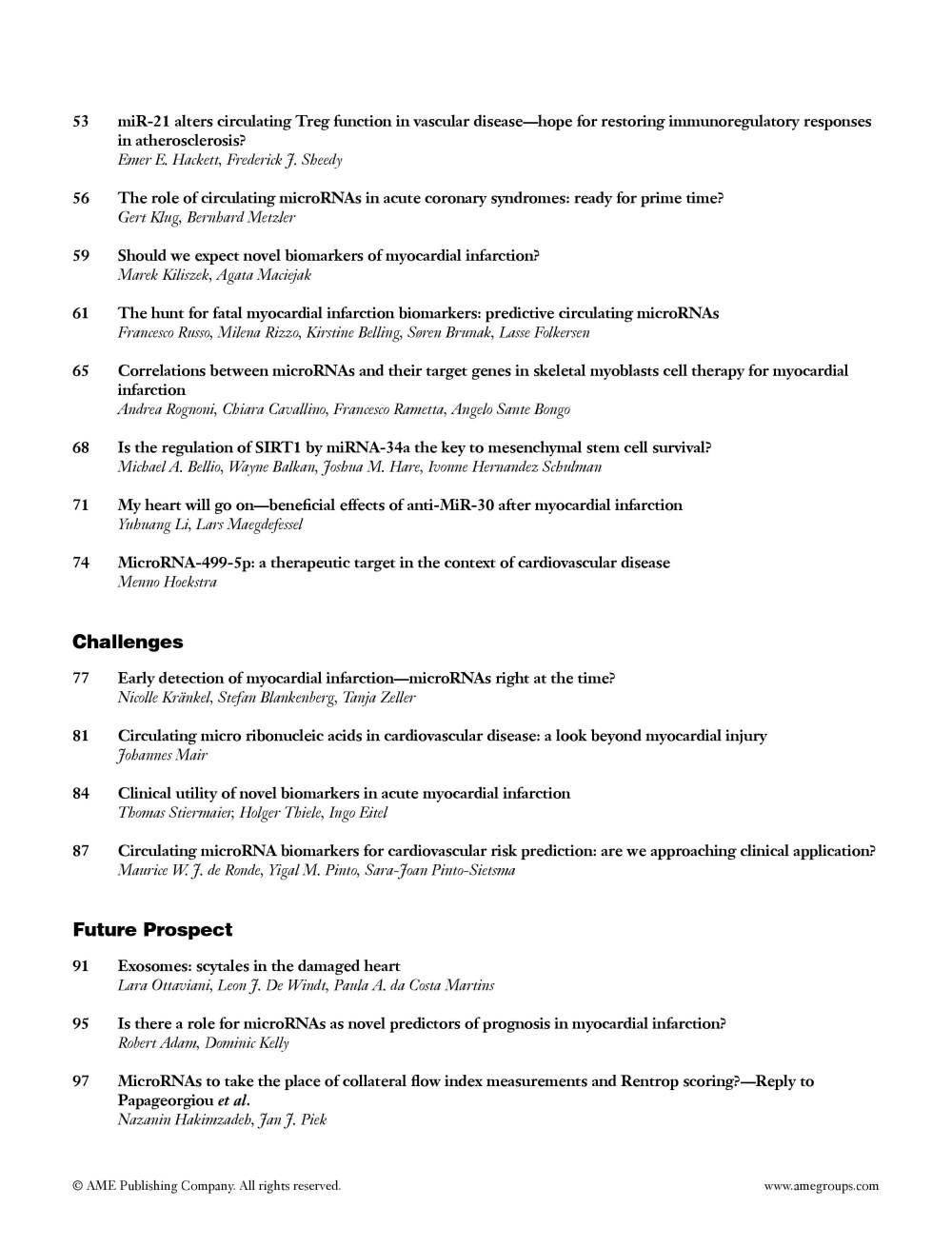 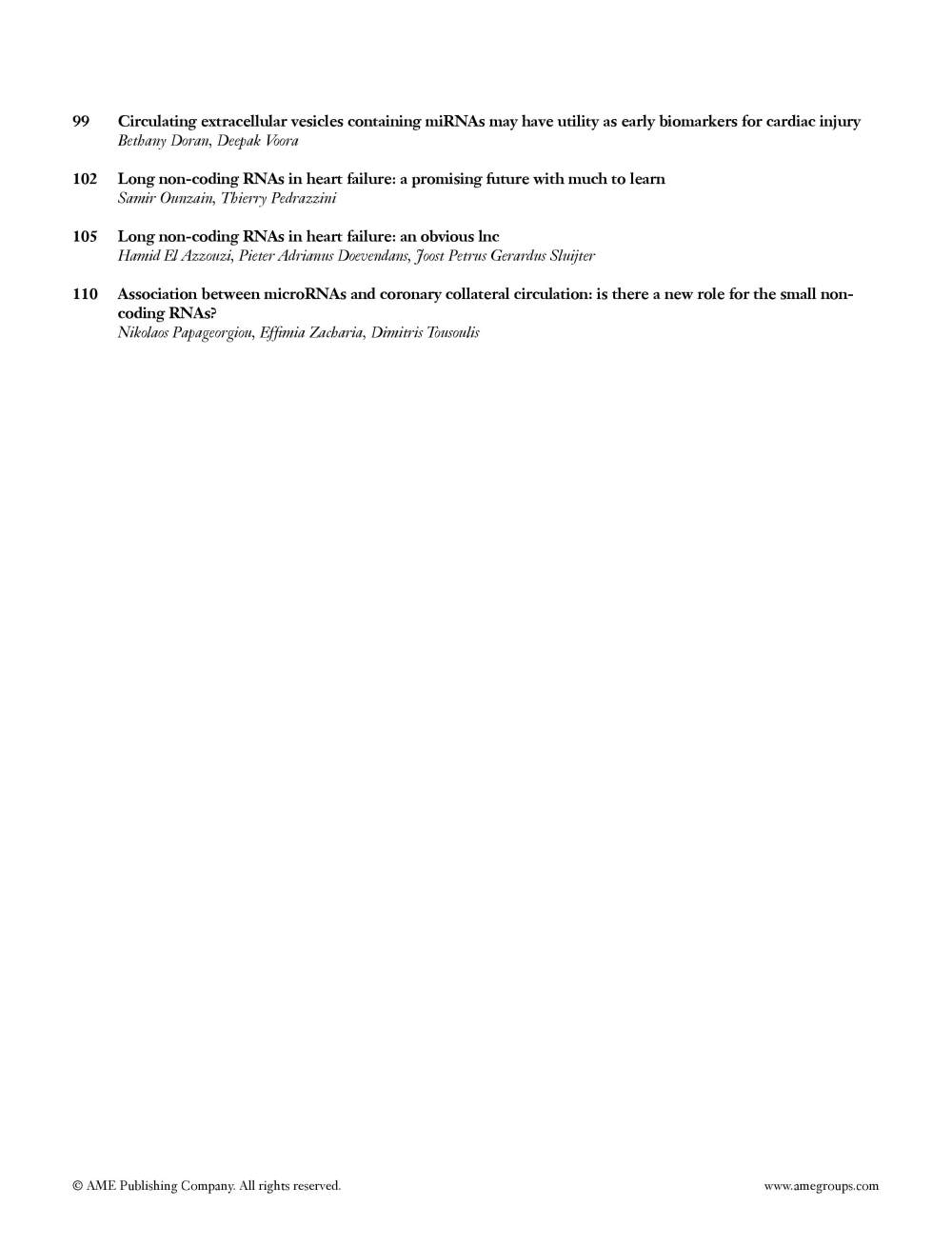 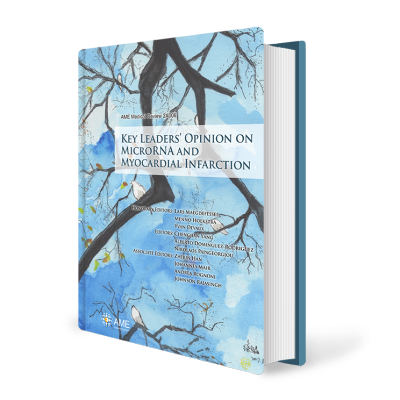